I used to work closely with Nick Owen for 17 years! He’s one of the nicest people I had the pleasure of working with and in real life is as warm and friendly as he appears on TV.

Yes, that was his silhouette in my previous post (as if you didn’t know), but I thought I’d add a bit of “cheese” of the variety that used to be served at tea time on BBC regional news programmes….after all, Nick became the main presenter for Midlands Today the BBC regional TV news in the Midlands just a few years before I started at Pebble Mill.

Here’s a snap of the 2 of us having our picture taken by Cristian at the Birmingham BBC studios. 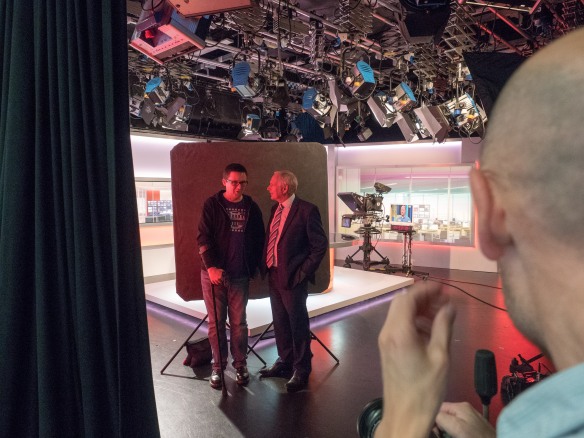 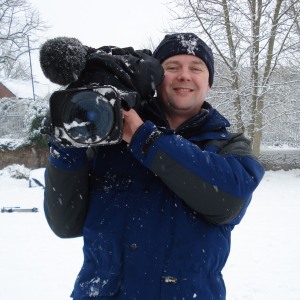 I never thought I’d get something terrible like MND. In fact, like a lot of people, I’d hardly heard of it – Just goes to show it can happen to anyone….

Keep coming back, I might just give away a few secrets of behind the scenes life at Midlands Today and BBC News……perhaps I could auction a few saucy secrets to raise cash for this campaign????hmmmm good thought 😉