18 of 26 26Miles4MND is very happy to have the support of some household names. Today’s portrait is of the television presenter and journalist Nick Owen. Miles was lucky enough to work with Nick Owen for more than fifteen years while working as a cameraman and TV news director for the BBC in Birmingham. They first worked together at the BBC’s iconic Pebble Mill studios. Nick had worked there during it’s heydays: From 1992 he co-presented Good Morning with Anne and Nick, the breakfast TV show with an audience of more than 15 million viewers. Miles met Nick when he joined the BBC in 1998 just before his 30th birthday. He was one of the new breed of multi-skilled technical staff and worked as a news cameraman and picture editor as well as a live news director and vision mixer. After getting his MND diagnosis, Miles struggled in vain to continue working at the job he loved but in 2014 MND forced him to retire, leaving the BBC (and Nick Owen) behind. Nick is as friendly and supportive off screen as he appears on it. When we contacted him to ask if he’d be photographed for our 26Miles4MND project he agreed without hesitation. The photo was taken in the BBC Midlands Today studio at the Mailbox in Birmingham – the studio where Miles had the pleasure of directing Nick as he presented the news programme BBC Midlands Today. To help the work of the Motor Neurone Disease Association donate via our Just Giving page: https://www.justgiving.com/fundraising/26miles4mnd

To support the work of the MND Association, donate here – www.justgiving.com/fundraising/26miles4mnd

15 of 26. Actor Gina Bellman, interviewed and photographed in October 2016. Gina Bellman became a household name in 1989 for her performance in the title role of Dennis Potter’s drama Blackeyes. She’s also well-known as Jane in the sitcom “Coupling” and for acting alongside James Nesbitt in the BBC drama Jekyll. In the US she has a huge fan following from her role as Sophie Devereaux on the TNT television series Leverage. Gina’s mother has the PLS variant of MND. “One of the first things I did was to get in touch with the Motor Neurone Disease Association and send off for the ‘Newly Diagnosed’ pack that they have . That was an amazing resource for me. I made a pack for each family member. We each had a little handbook about the diagnosis and what the symptoms would progress to. It was really useful to talk about depression and to read about how antidepressants could be a useful tool for people diagnosed with PLS. My mum had never been depressed, she’d always been a cheerful person. For her it went straight from the dragging foot to the uncontrollable laughing and crying – emotional lability. That was a really terrifying period. Helping to care or support someone with MND is not a burden, but a wonderful opportunity to relearn everything you thought you ever knew about the majesty of the human spirit. Although, I would do anything to turn back the clock or obliterate this disease, the fact is, my mum has it and we have to cope with it, and I am grateful for the opportunity it has given my family to look after and support one another and to learn from everything that MND chucks at us everyday.” . To help support the work of the Motor Neurone Disease Association, please donate here: https://www.justgiving.com/fundraising/26miles4mnd

To support the work of the MND Association, donate here – www.justgiving.com/fundraising/26miles4mnd

We’ve been sent a message by a follower of our twentysixmiles blog. He said why do “you keep me hanging on” Miles? What happened to the portrait shoot with Kim Wilde?

The shoot was in October and it’s true, we’ve not published a post about it yet. The sad fact is that a few days after the photography Miles’s wife told him she wanted them to separate. Sadly the stress of living with MND has (at least in part) made Miles’s marriage another victim of this wretched disease.

This is why we’ve got behind with our marathon photo project, but like all true charity marathon runners we will get to the finish – and  we’re “Another Step Closer” to the finishing line with this post because… just for you Terry Brown (and all the many other Kim Wilde fans out there), here are some “behind the scenes” photos from our portrait shoot with Kim taken at her beautiful house in Hertfordshire last October. (Click on the first image to enter the gallery). 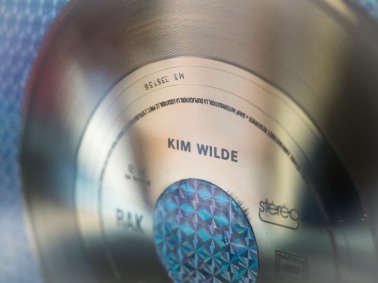 I never thought I’d ever get to play guitar with a pop legend! 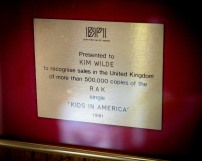 Half a million Kids in America

“Let me show you how it’s done Miles” 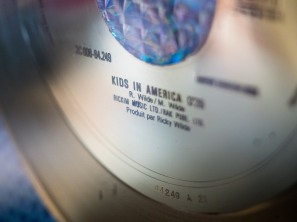 THAT famous tune that went gold 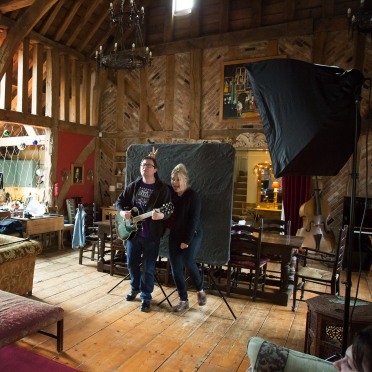 “just move your bum to your left a bit” 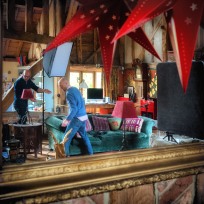 Getting the gear ready 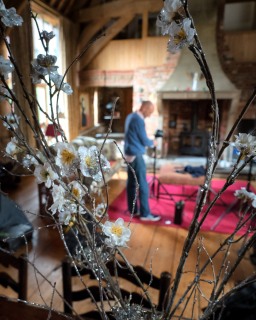 The main portrait of Kim and Miles will be published on 26Miles4MND once we’ve confirmed the date of Cristian’s marathon run.

Don’t forget, although we are having fun creating the 26Miles4MND project, and we hope you are having fun following the journey, it’s all about raising money for the only national charity in England, Wales and Northern Ireland for people with motor neurone disease.

So it’s a deadly serious thing. If you’d like to help us raise money for the Motor Neurone Disease Association, click here to go to our Just Giving site or you can donate via your mobile phone – Text ‘mmnd99 £5.00‘ (or whatever you can afford) to 70070

Any amount of money helps and will be greatly appreciated by everybody who has to live with this awful, cruel disease.