A couple of months ago I was asked to write a contribution for a book from the point of view of somebody with motor neurone disease. The Academy of Medical Royal Colleges were celebrating their 20th anniversary with a publication called 20 / 20 that looked at the past and future twenty years of healthcare.

I really appreciate the MND Association for passing my details onto the book’s creators. It’s given us another opportunity to create publicity about motor neurone disease – an illness that can seem like a taboo subject in non MND circles.

Expecting a tiny photo and a short paragraph I was bowled over to see that I’d been given a double page spread near the front of the book. It’s wonderful that my contribution will be read by a lot of health professionals who might not otherwise think about MND.

The launch was at the House of Lords on the hottest day of the summer so far. Here I am braving the sun before ducking back inside for another canapé.

Chris Van Tulleken (of twin brother TV doctors fame) was at the reception and I got to chat with him about MND. He admitted that, like most doctors, he actually had very little knowledge about it. That’s not surprising when you consider on average a GP will refer only one or two patients with suspected MND to a neurologist in their whole career.

He seemed like a great guy and was genuinely interested. Wouldn’t it be fantastic if we could feature MND in one of his TV items? – I’m going to email the MND Association VIP department and ask them to make contact.

You know, I am no longer amazed that virtually everyone I speak to knows someone who has been affected by MND. It is definitely not the rare condition we’ve always been told it is.

Cristian and I expect to have all the photos finished before the end of the year and we now hope to exhibit them at an Academy of Medical Royal Colleges venue too…..all exciting stuff.

I also have a backlog of blog posts from behind the scenes of our photo shoots arriving here very soon. Keep watching this space.

It’s a photographic marathon but we are reaching the home stretch!

Don’t forget, the money we’re raising is helping the Motor Neurone Disease Association  – the only national charity in England, Wales and Northern Ireland focused on MND care, research and campaigning.

If you want a reminder of what we are all about, click HERE.

Nearly a thousand pounds has already gone to the MND Association. If you’d like to help us achieve our goal of £2,600 here is the link to our donation page or you can donate via your mobile phone – Text ‘mmnd99 £5.00‘ (or whatever you can afford) to 70070

Last Friday I took my dad, who’s a big rugby fan, to Telford because I’d heard on the MND grapevine that there was going to be a screening of “Glory Game” – the documentary that tells the story of South African Rugby legend Joost van der Westhuizen and his battle with motor neurone disease.

In South Africa, Westhuizen is treated like a rugby playing David Beckham. I couldn’t help imagining how much quicker we’d find treatments and a cure for MND if, God forbid, David Beckham developed MND.

Joost van der Westhuizen was at the screening because the film is touring the UK during the Rugby World Cup. There’s a quote of his that stood out as being typical of the spirit of MND Warriors everywhere –

“They said I would be in a wheelchair after a year. They said I had a 20% chance to live two years. And I decided ‘stuff them’. I will decide when I go.”

He’s lived more than 4 years since being given that doom laden prognosis.

It was a great evening, a chance to meet up with some of the friends we’ve made during the 26 Miles 4 MND campaign so far and to meet more inspiring people who we hope to include in our 26 portraits.

These are some snaps from the night. (Click on the pictures to see them in a light-box). 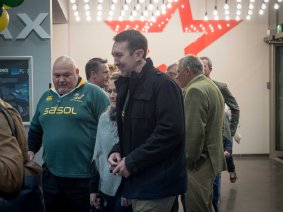 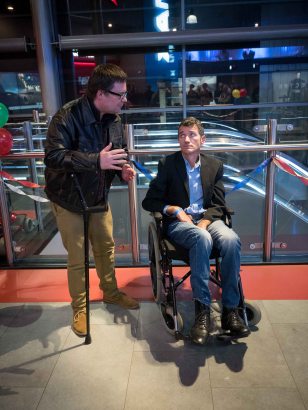 Me telling Joost about the 26 Miles project

Me still telling Joost about the 26 Miles project!

Everyone wanted a photo! 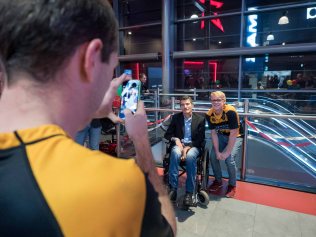 If you’d like to help find treatments and a cure for motor neurone disease, click here for the “26 Miles” Just Giving page. Any amount, however large or small, will be greatly appreciated.

The money we raise will go to the Motor Neurone Disease Association – the only national charity in England, Wales and Northern Ireland focused on MND care, research and campaigning.

Thank you very much 🙂

Today I was at a meeting of the MND lottery winners club – but nobody was celebrating.

That’s because the patient delegates at the first ever UK PLS Day used up their share of luck developing the rarest type of motor neurone disease – PLS, and not in winning life changing amounts of money.

Developing Primary Lateral Sclerosis is very life changing though. In extreme cases, it can leave people virtually paralysed and unable to do the most basic things for themselves. It can be considered a benign form of MND as it’s almost unheard of for patients to die because of it. However, for carers it could be seen as a life sentence….a sweet but sour mix of still having your loved one with you, but in a diminished and increasingly helpless form.

Still, we are the lucky ones, and here we were. For some it was an emotional opportunity to meet others living with the same condition. I remember when Neicey Mann let me into her home when I visited with Cristian to take her portrait, I was nearly brought to tears because I recognised in her the same struggles and difficulties that I had. Until then it had felt like the loneliest illness on earth.

Members of our Facebook PLS support group with Neicey at the front.

We are very lucky to live in the age of the internet so that those of us with rare conditions can find others to talk to. Neicey set up a Facebook group just for PLS patients and their carers and it now has 413 members worldwide! That’s more than on any medical database and Neicey has been told that she probably knows more than any neurologists about the day-to-day symptoms we all share – She might one day even write a paper about us!

It was great to meet up with some of the people who we have photographed and interviewed for the 26 Miles 4 MND fundraising project again. Here are some more pictures of what was an interesting and informative day organised by the Oxford MND Centre and the Motor Neurone Disease Association…and actually, there was even a little bit of celebrating going on!

Professor Martin Turner (who we have photographed for 26 Miles 4 MND) and Professor Olaf Ansorge.

Michael Wenham and his wife Jane

Dr Mary-Kay Floeter talking, a world expert on PLS, who had come all the way from Washington in the US 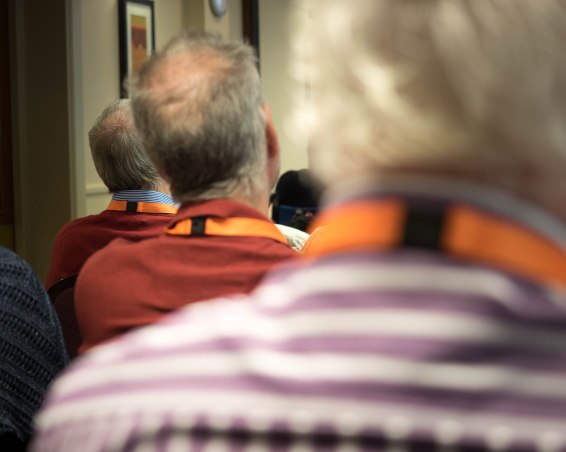 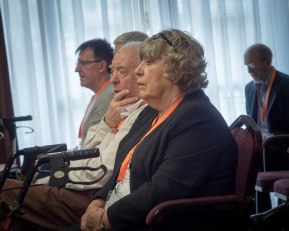 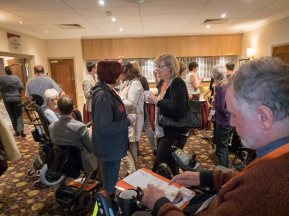 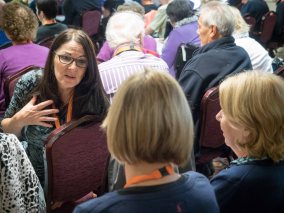 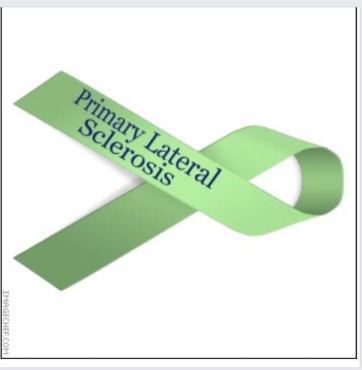 We have to thank the Motor Neurone Disease Association for providing a lot of the funding for days like the one we enjoyed today.

Motor Neurone Disease is not as rare as you might think: In 2012, 1 out of every 232 people who died in England had motor neurone disease.

If you’d like to help find treatments and a future cure for all the types of motor neurone disease, click here for the “26 Miles” Just Giving page. Any amount, however large or small, will be greatly appreciated.